Pak is a regular Malay guy living in Singapore. Like many of his peers, he loves to lepak and play soccer. But unlike most of his friends, he also enjoys personal finance, side hustle and investment. He could talk non-stop for hours about money, business, properties and investing.

Like many people, Pak’s interest in personal finance and investing started when he read Rich Dad, Poor Dad during his NS days. He is not one who loves to read but he got hooked with the book and finished it within a day. But even before that when Pak was young, he has always been very prudent with money. He was taught by his parents to save up. In primary school, he would keep 10 cent from his pocket money (50 cents) everyday. That’s 20% of his ‘income’ which is exactly what he is doing now, 25 years later.

Being brought up in a regular Malay family, he was not exposed to personal finance officially or any type of investment for that matter. As a result of that, he is eager to learn and make up for lost time. Pak is a do-er who take actions when given opportunity which lead him to some costly investments. But these mistakes are what made him today and he is more aware of the risk (and rewards) of investing and savings. He totally believe in the saying:

You won’t truly learn something until you experience it yourself. So take action!

Pak is the eldest son of 4 in a regular Malay family. His dad was a freelance carpenter/handyman and mum a homemaker. He grew up in a simple 3 room HDB flat that brought lots of wonderful childhood memories. He is grateful that he has a comfortable childhood experience growing up. All thanks to his 2 wonderful parents who has brought him up well with what little they have. (Thank you, Mak & Bapak)

He is now married to a wonderful lady, Kay. They met during their uni days and have been happily married for 7 years and have 2 sons. Kay is Pak’s pillar of support. She enables Pak to pursue his ideas and side hustles. Kay also help out with the family finance which is another thing that Pak is grateful for. (Thank you, sayang!) BUT Kay does not enjoy thinking about finance and investment so she leaves most of the planning to Pak. (It would be great if she can take some interest in these topics in the future. =p)

Being a family man, Pak is aware and experience the high cost of living in Singapore. He constantly worries and thinks how he can provide for his family. He is always thankful that he has a stable job (alhamdulillah) of which he is able to provide a comfortable live for his children. But still, he worries.

Having a family also kick starts his drive to explore more side hustles and make him more prudent when it comes to family finance. He believes that savings alone is never enough to secure his future financially. He needs to do more than just savings; by investing and doing side hustles.

Ultimately, everything that he does is for his family. The main motivation for doing all this is so that his family can lead a comfortable life now and in the future.

Why Start This Blog?

As you will find out (or already knew), Pak is not one who loves to write so having to write all these post is not easy feat. But Pak feels that it is about time that he share his passion for investment, side hustle, money matters and even real estate. He hopes that his sharing will help others or at least, prevent others from making the same investment mistakes that he had done. It is also a platform for Pak to pen down his personal journey in buying properties, investment portfolio and even investment case studies.

He does this especially for the Malay community who he feels are most unaware about investing and personal finance. Pak hopes to discuss all sorts of financial issue even if it is still considered a taboo in the Malay community. And maybe, just maybe, in his small little ways, help someone.

Well, Pak likes the concept of MELEPAK. You know, chilling and relaxing with friends and chitchat. He, himself, spend a lot of time melepak with his buddies. Usually when you melepak, you open up with your buddies and talk about stuff. Back then, topics range from football, girls, music and entertainment. But he hopes to change that. Pak wants people to MELEPAK and talk about more important issues such as properties, business ideas, personal finance and all that stuff.

That’s why he picked the name MELEPAK. To get everyone to lepak with him as he opens up and share his financial journey towards being financial independent and retire early (FIRE).

So if you want to learn and discuss about personal finance then let’s MELEPAK with Pak. So as not to miss out on the latest post, you can subscribe to MELEPAK newsletter where you will be notify of all new post here. You can subscribe by filling your name and email below.

You can contact Pak for any question, feedback or collaboration by emailing him – pak@melepak.com 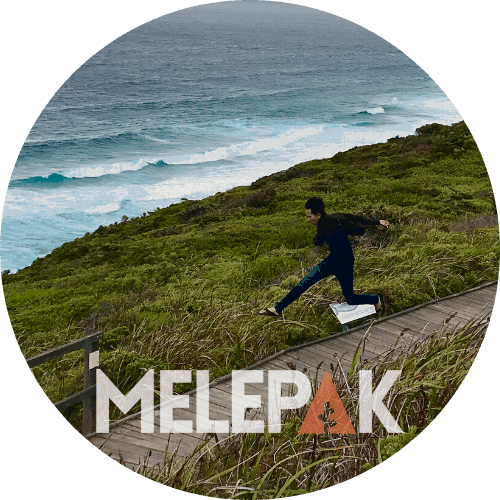 Pak is a regular Malay guy living in Singapore. Like many of his peers, he loves to lepak and play soccer. But unlike most of his friends, he also enjoys personal finance, side hustle and investment. He could talk non-stop about money, business and investing. So here is his blog where he shares his personal journey towards FIRE. Let’s MELEPAK! Want to know more about Pak? Click here.